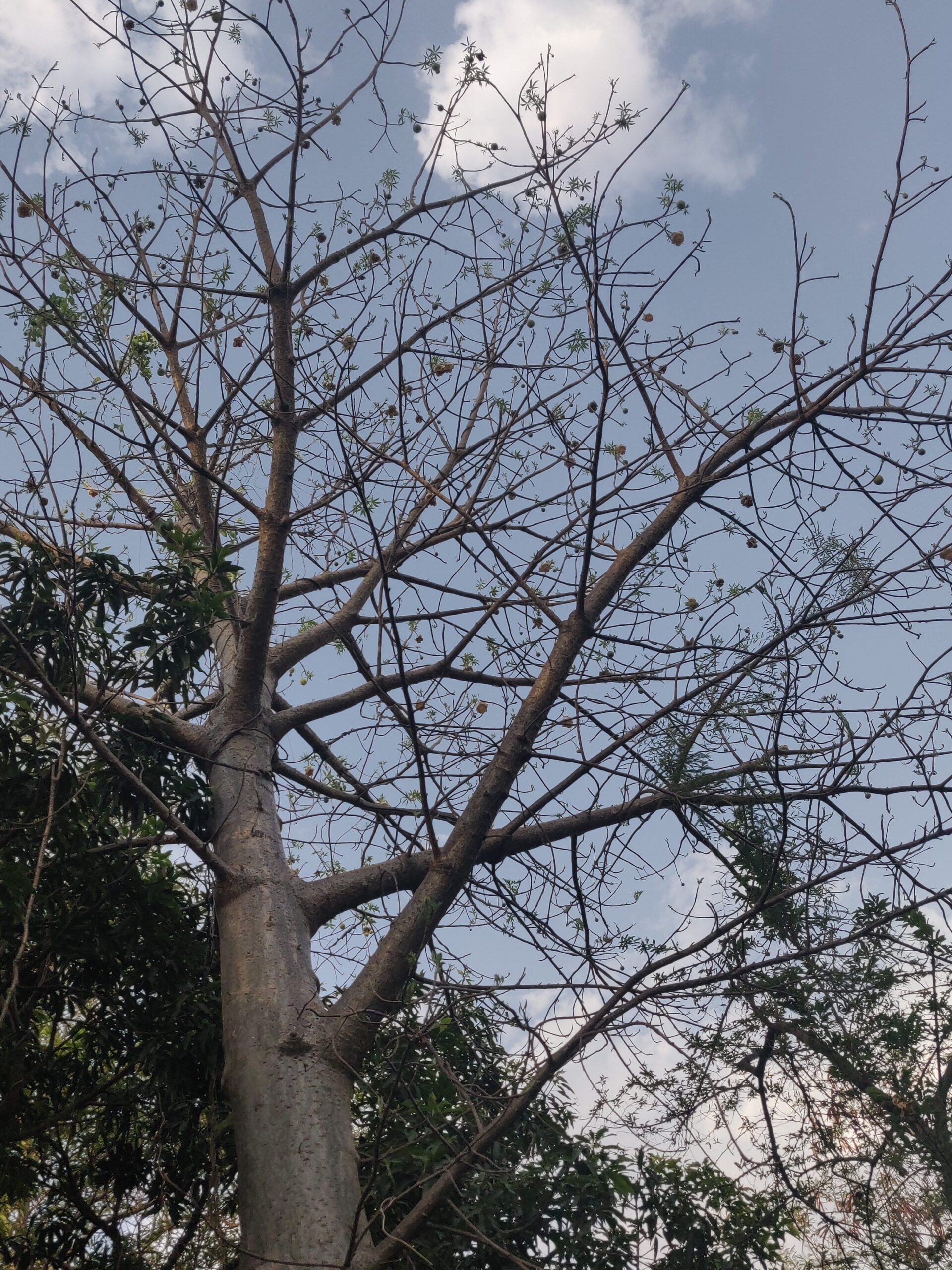 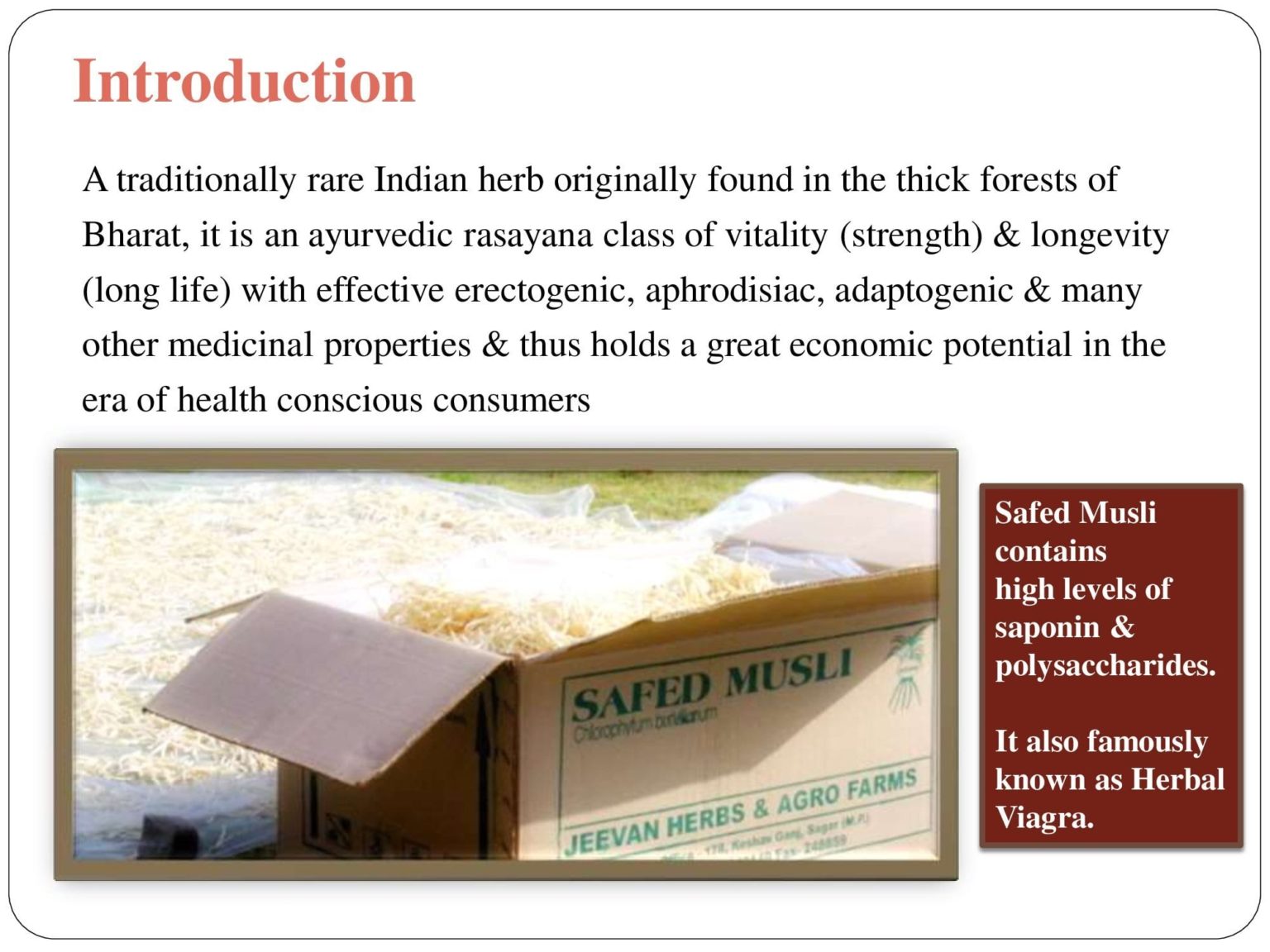 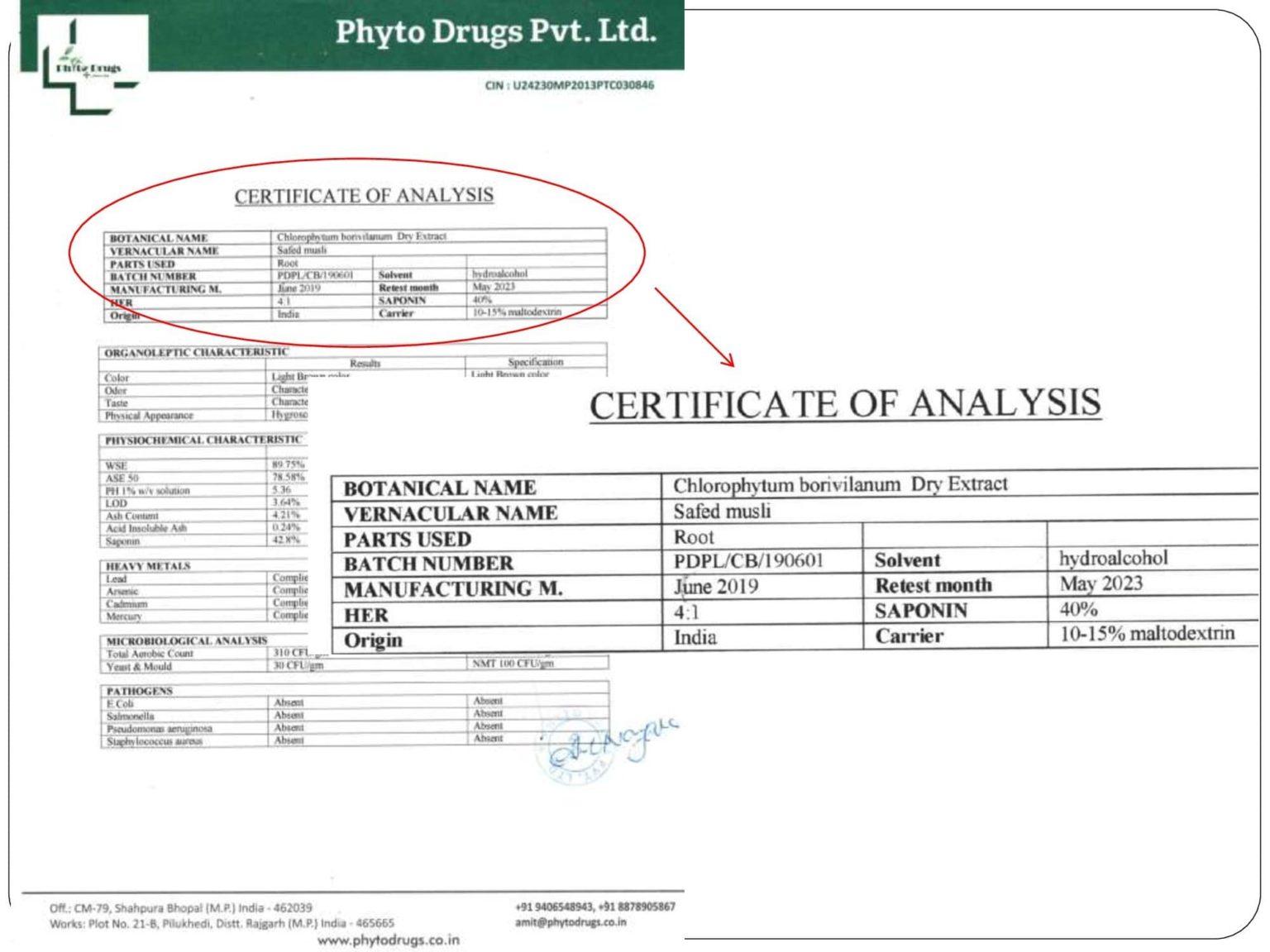 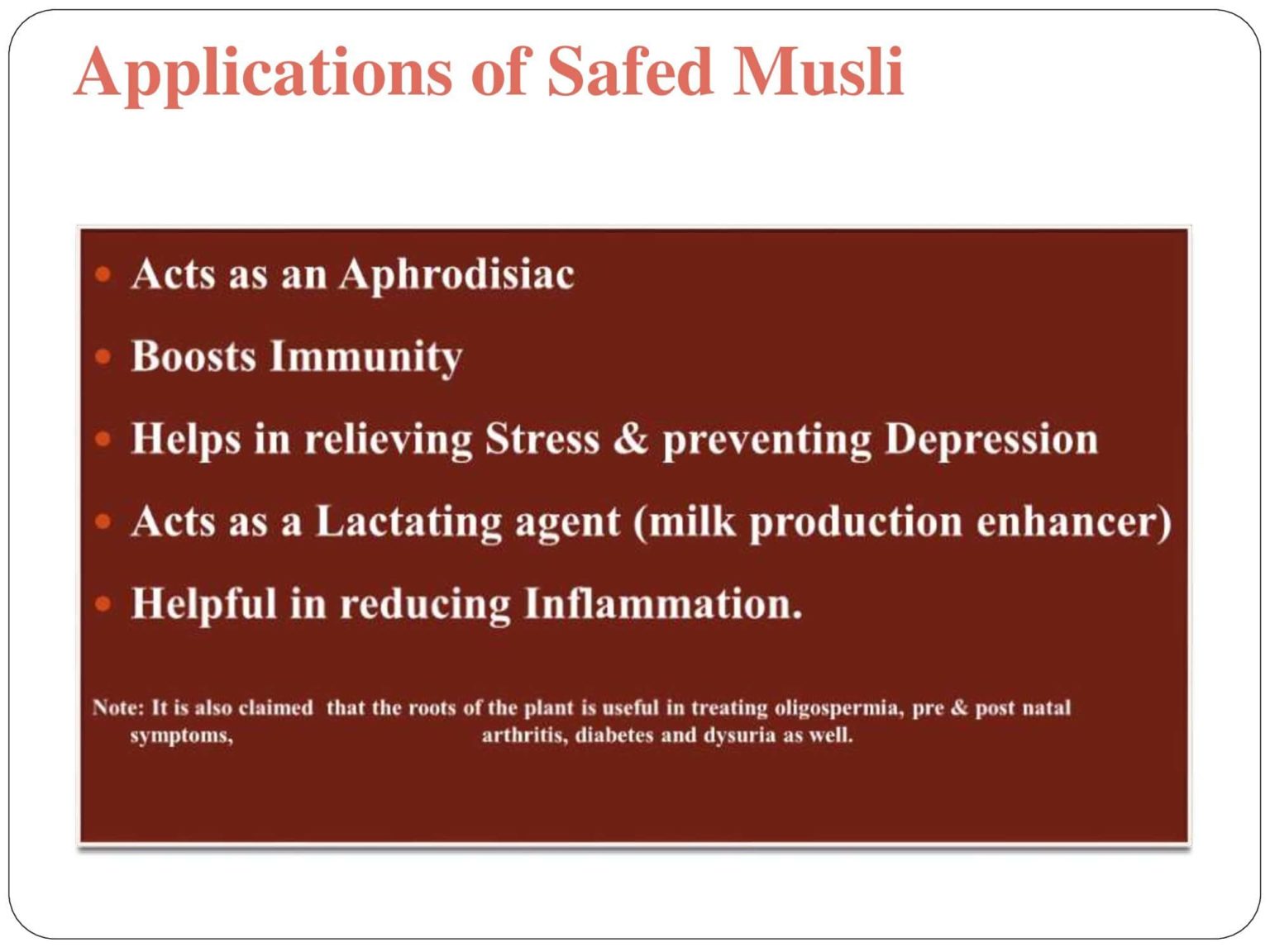 Primarily used as a tonic and rejuvenative for the reproductive system (Vajikaran). It contains potent erectogenic properties as well as spermatogenic & aphrodisiac properties: 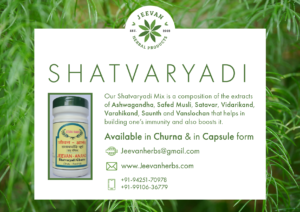 Note: Jeevan Herbs produces a definitive combination of various herbal extracts in churna as well as tablet form, that may help in boosting ones immunity.

Due to its extraordinary composition, its aqueous extract has effective anti inflammatory as well as pain- relieving properties that is very helpful in peptic ulcer, and swelling caused due to arthritis.

Stevia is an incredibly sweet herb, obtained by a natural selective breeding process of the sweetest Stevia parent plants. The sweetener, stevioside, extracted from the plants, is 300 times sweeter than sugar. The fresh leaves have a nice liquorice taste. What makes the Stevia plant so special is that it can be used to replace sugar (sucrose). Many different uses of Stevia are already well known: as table sugar, in soft drinks, pastry, pickles, tobacco products, candy, jam, yoghurt, chewing gum, sorbets… The dried leaves of Stevia are about 40 times sweeter than sugar. The documented properties of Stevia are antibacterial, anti fungal, anti-inflammatory,
antimicrobial, antiviral, anti-yeast, cardiotonic, diuretic, hypoglycemic and hence a boon to diabetic people, hypotensive, tonic, and vasodilator. Indeed, the leaves contain diterpene glucosides with a sweet taste but which are not metabolised and contain no calories. The biggest part of the sweet glucosides consists of the stevioside molecule. Stevia rebaudiana Bertoni (Bertoni) is a perennial herbaceous plant and is part of the Asteraceae family. This family includes well known plants such as dandelion, sunflower and chicory. The history of the culture of Stevia mainly stems from Paraguay and Brazil. Originally Stevia only grew in the northern regions of South America but its cultivation has become popular worldwide. .

The plant has been known for centuries by the native Guaranay Indians for the sweet taste of its leaves. They use it, amongst other things, to make “mate” herbal tea. Stevia is often referred to as the “sweetest plant of the world”. Jeevan Herbs & Agro Farm is one of the pioneer cultivators of Stevia in the country and is dedicated to high quality, organic cultivation of Stevia along with other medicinal plants. Its leaves are about 5 cm long and 2 cm wide and are planted crosswise, facing each other. In the wild, the height of the plant varies from 40 to 80 cm but when cultivated, the Stevia can become 1 metre high. Stevia can be grown on relatively poor soil. The plants can be used for commercial production for 6 years, during which five times a year a harvest takes place of the part of the plant that is above the ground. The roots remain in place and so the plant regenerates again. Plants, which are 1 metre high, have a dry weight of 70 g on average. The dry weight of the leaves can vary from 15 to 35 g per plant. 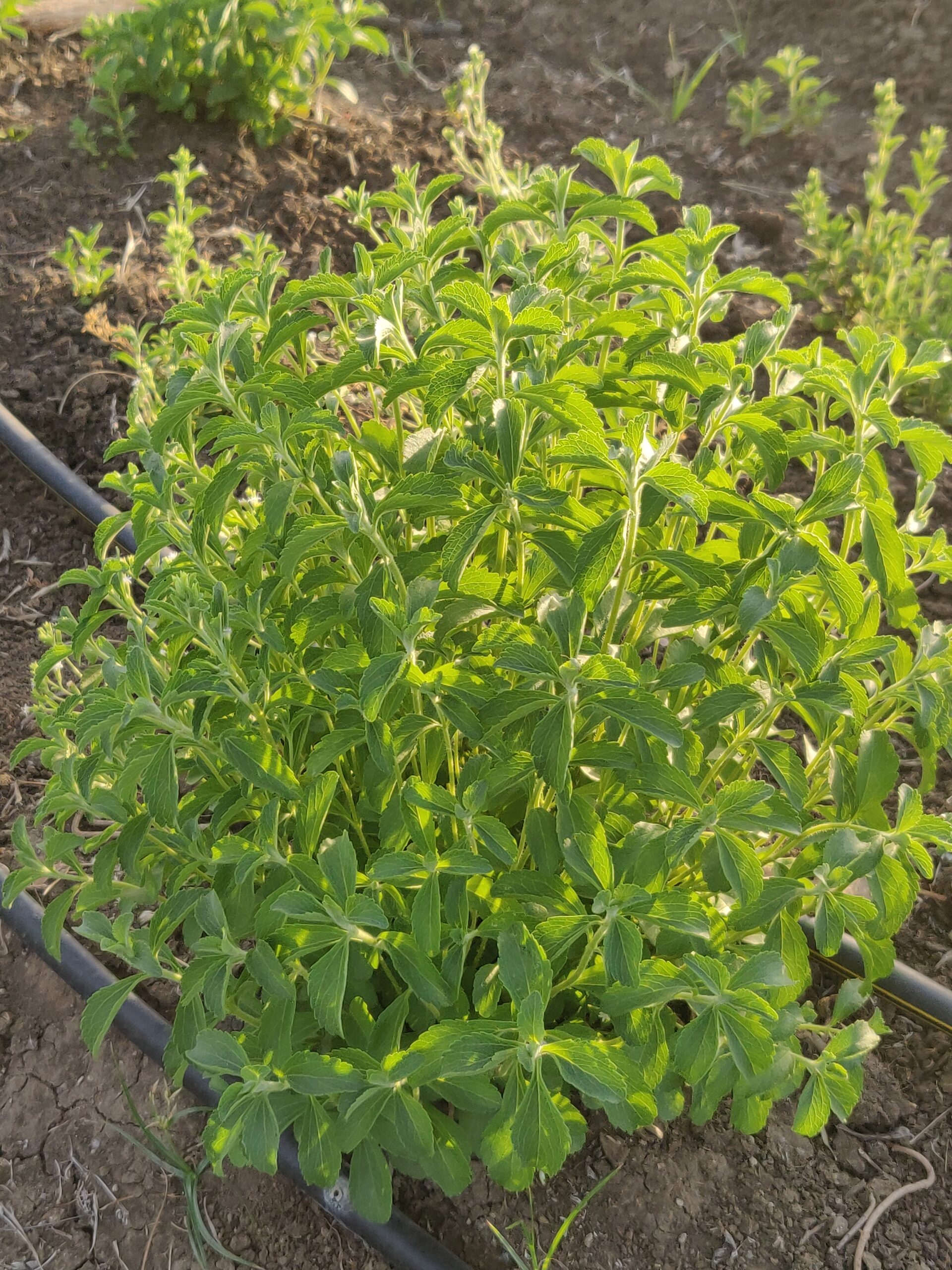 We, at Jeevan Herbs & Agro Farms, are engaged in total organic farming. We do not use any harmful chemical pesticides etc. while cultivating these herbs and medicinal plants. For this purpose we are producing worms on a massive scale which greatly improves the porosity of the soil and helps the land in absorbing water & thereby helps in the growth of plants. These worms decompose everything except metal, glass and PVC and greatly improve the fertility of the soil. We are also into commercial production of vermicompost at both our farms.

Jeevan Herbs expertises in converting barren lands into goldmines and water recharging plays a vital role in doing this. Reckless usage of chemicals has made the soil hard & impermeable leading to seepage of rainwater. We prevent this by using vermicompost and thereby improving the soil porosity and hence the absorbency of the soil. We have also built stop dams and huge soak pits to store and use rainwater at our farms. All these measures have greatly improved the water level of the land and have helped in improving the quality of the soil apart from converting uncultivable, unuseful, barren lands into rich, fertile and cultivable lands.

Safed Musli or moosli is scientifically called Chlorophytum Borivilianum. It is a natural immunomodulator and also a spermatogenic medicine & acts as viagra.

In India about eight species of safed musli are reported out of them only Chlorophytum borivilianum, Chlorophytum arundinaceum and Chlorophytum tuberosum are commercially collected by our tribes from the forest.

White musli or Dhauli Musli is used for the preparation of health tonic used in general and sexual weakness. It contains spermatogenic properties, decoction of safed musli for curing impotency as they are rich in glycosides.

This is a demo store for testing purposes — no orders shall be fulfilled. Dismiss